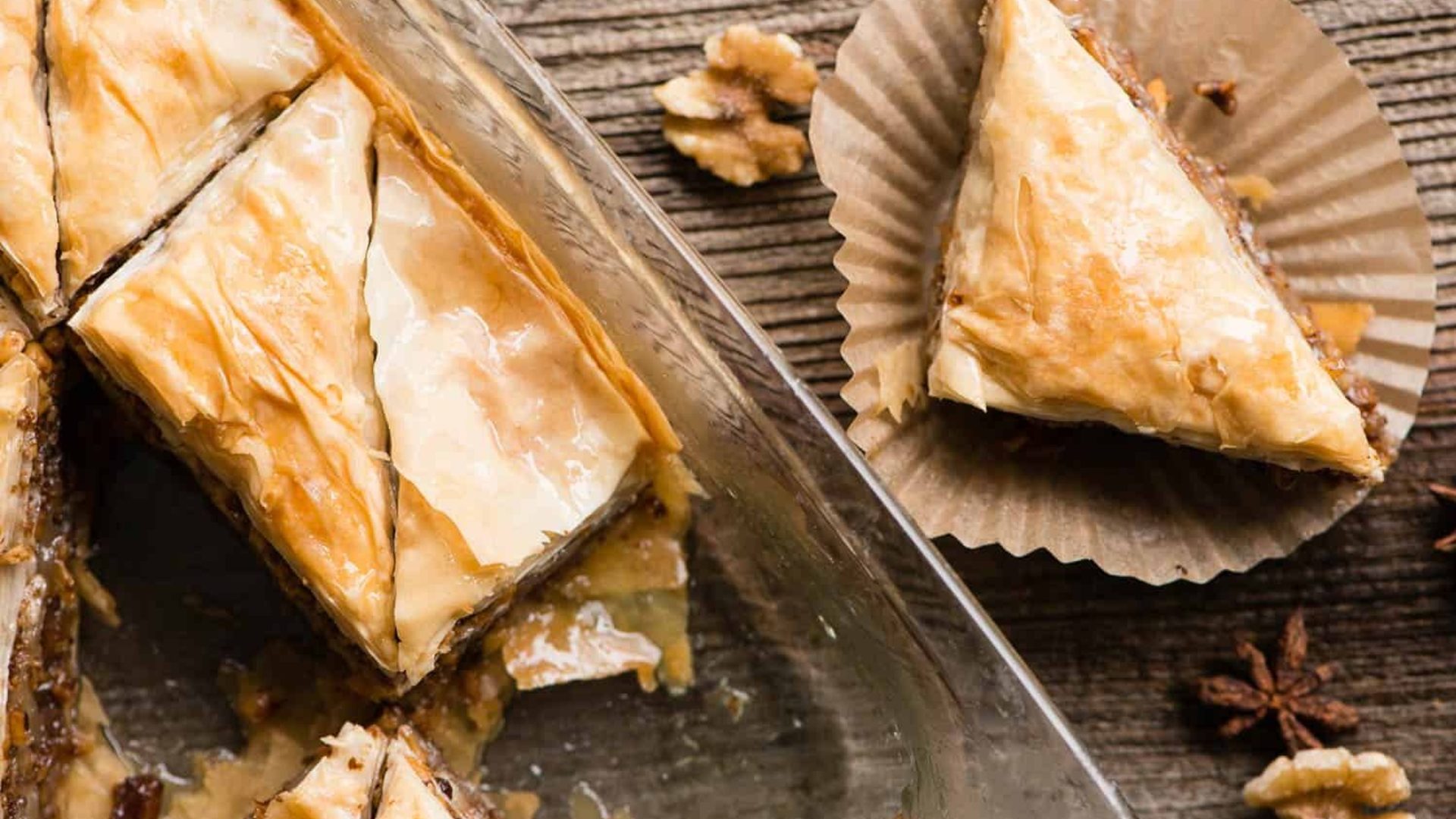 The phyllo dough is technically supposed to consist of 33 layers, one for each year in the life of Jesus Christ. However, when and where the treat was invented is up for debate.

You'll find many variations of this treat. Here's one that I thought was pretty simple to make.

To assemble and bake baklava: